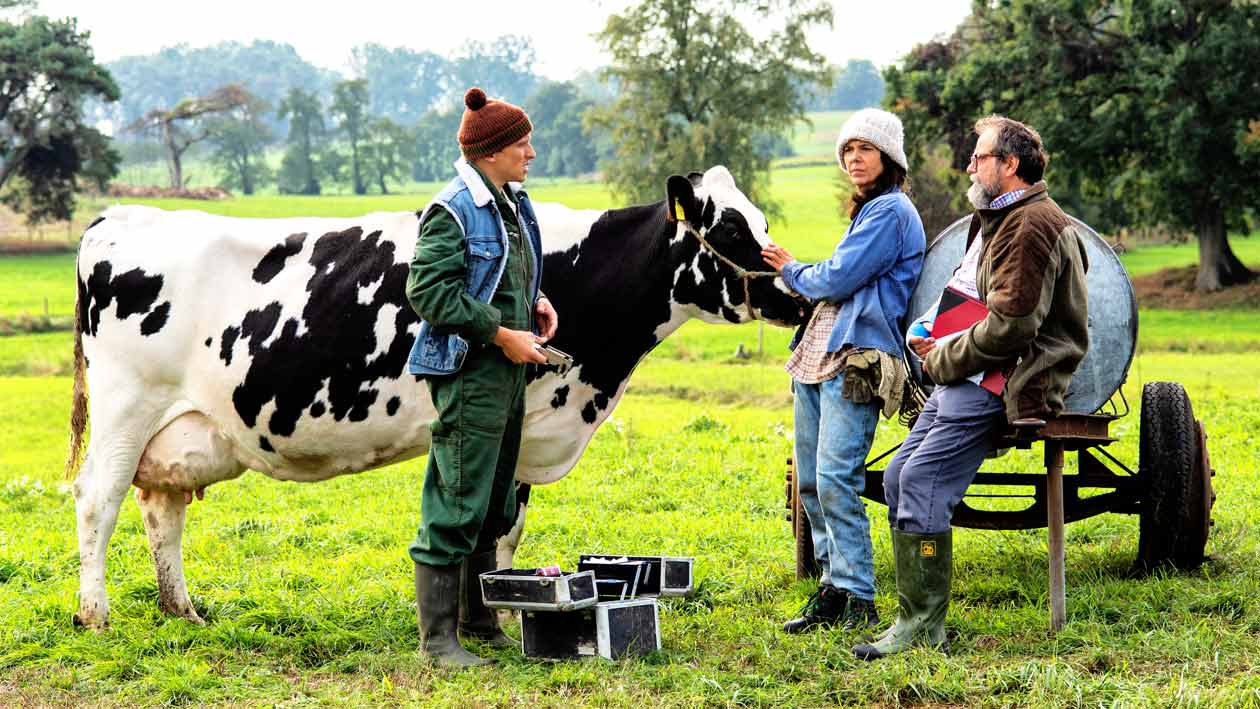 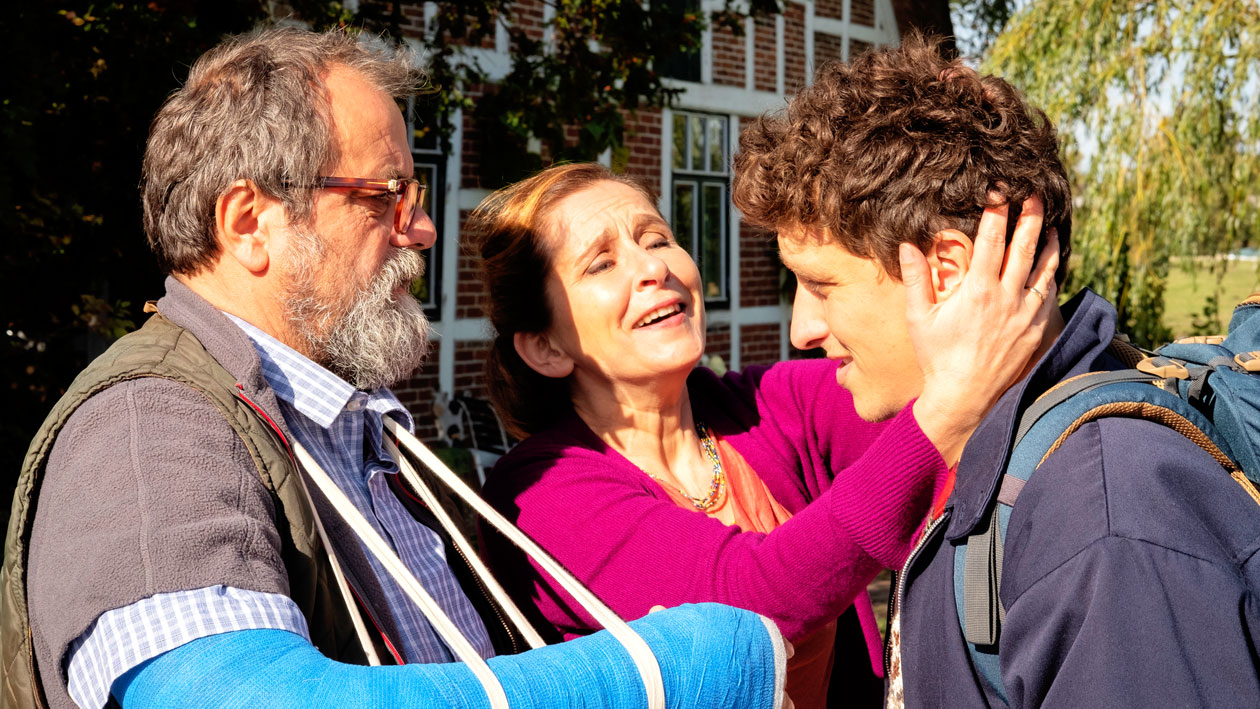 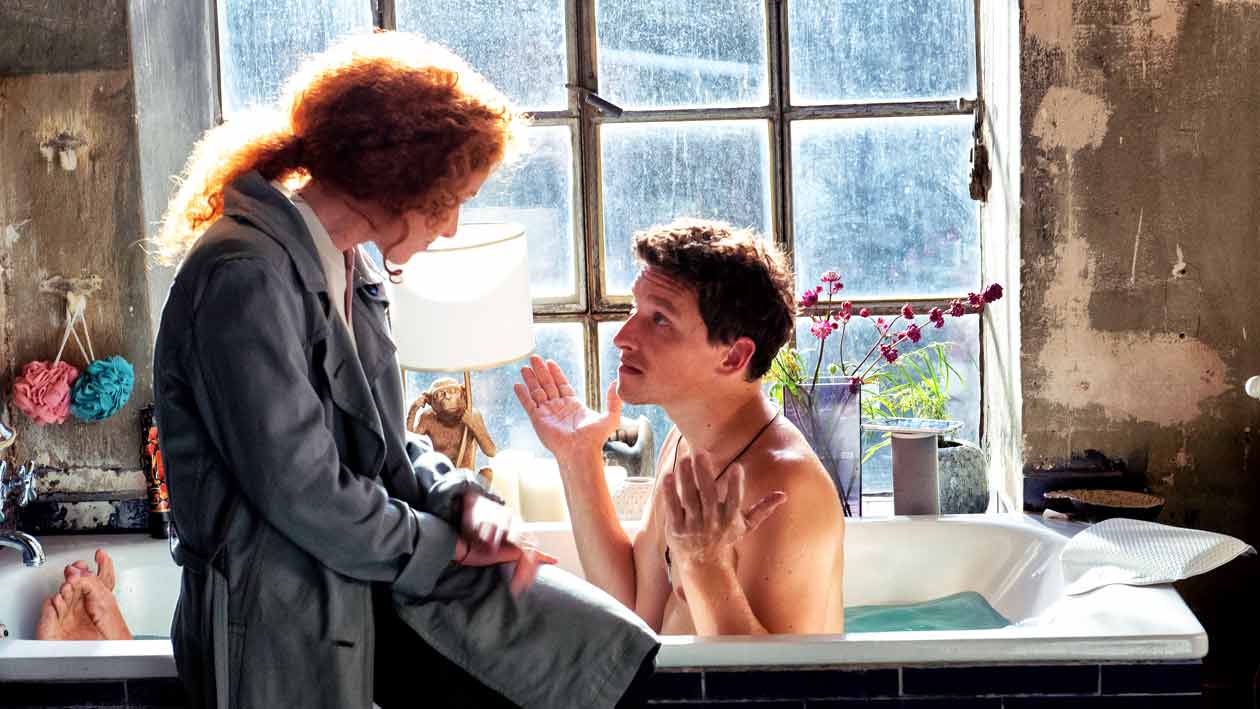 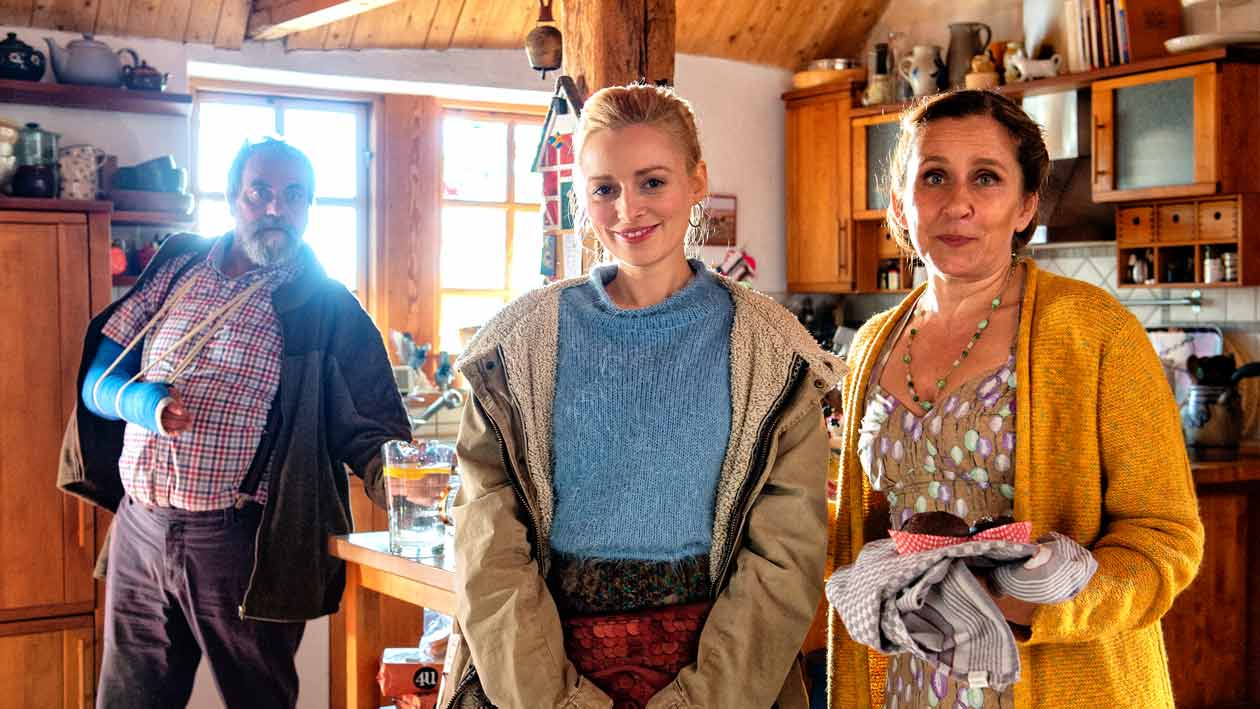 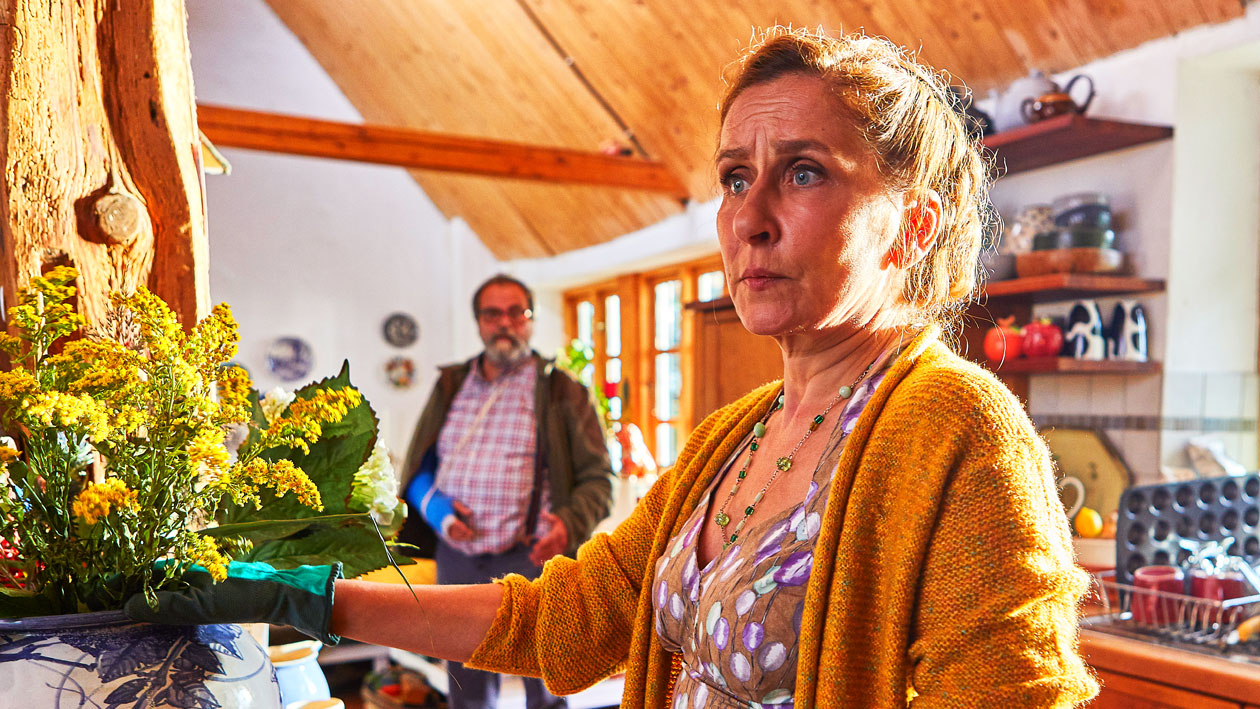 Lots Of Cows And One Black Sheep

For over thirty years Henning (Matthias Brenner) has been on the road as a bovine veterinarian in the North German Plain. And just as long he has been married to the resolute Beate (Barbara Philipp), a small animal veterinarian who manages their rural joint veterinary practice. When their 30-year-old son Martin (Oliver Konietzny), who has migrated to the city, loses his job in the field of animal nutrition research at the university and moreover gets chucked out of the apartment by his girlfriend Tessa (Sarah Hannemann), mother Beate intervenes in her own drastic manner: To let Martin return to the fold – back home to the 2 family „nest“ and parental practice –, she unscrupulously fakes a broken arm of his father. And so Martin, who is a graduated (but not very talented and even less ambitious) veterinary, has to come to help Henning, who has allegedly been completely paralysed as a large animal practitioner. Martin is not really crazy about visiting cowsheds, and not at all under the thumb of his know-it-all father. And so it doesn't take long until the two of them are going to butt heads with each other. But that's nothing compared to what the family secrets are that then come to light and make them all rethink their lives.

Located in the North German province at the Lower Elbe, in this turbulent family dramedy Barbara Philipp and Matthias Brenner excel as a manipulative couple of country vets together with Oliver Konietzny as splendid shaken junior. Volker Lechtenbrink shines with a surprising cameo appearance.